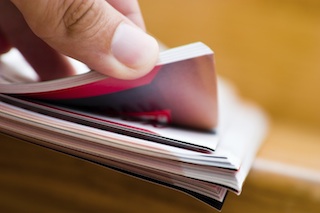 November 2016 has been an education-report-issuing good time in the old North State! A new legislative report on school funding was released November 14, while a draft report on NC’s virtual charter school pilot program was presented to the Charter School Advisory Board on November 15. Talk about things to be thankful for, right?

The Program Evaluation Division of the NC General Assembly produced “Allotment-Specific and System-Level Issues Adversely Affect North Carolina’s Distribution of K-12 Resources” on the state’s method of funding schools. The report details issues in individual and groups of the 37 different allotments used to direct funds to school systems, and concludes:

Based on these findings, the General Assembly should either overhaul the system for how resources are distributed by transitioning to a weighted student funding model that uses individual students as the building blocks for developing a state’s education budget, or reform the current system by addressing individual allotment deficiencies and providing direction to improve transparency and accountability.

Meanwhile, a draft report on NC’s virtual charter schools was heard by the Charter School Advisory Board with little comment. The report will be considered next by the State Board of Education; it is due to the General Assembly in January 2017. So far, this pilot program has not met with success:

For the 2015-16 school year, both VCS received an overall School Performance Grade (SPG) of D which translates numerically to a 52 for Connections and 45 for NCVA respectively (Table 1). Both VCS received a SPG of C in Reading and an F SPG in Mathematics. Comparatively, during the 2015-16 school year, traditional public schools had a lower percentage of schools with D and F (22.9%) than public charter school (27.7%). Charter schools overall had a higher percentage of

A/A+N/G and B grades (39.9%) than traditional public schools. Finally, Connections and NCVA are categorized as low-performing and will submit a strategic plan to address their academic deficiencies. NCDPI District and School Transformation will provide feedback to each VCS on their strategic plan and the schools will be wrapped into the intensive monitoring and support available for all low performing schools in NC.

Tweet
Uncategorized
Poverty and Segregation in NC Schools
They ARE Back