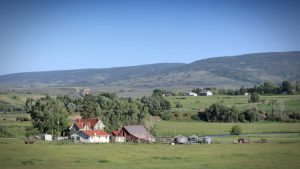 Because of their small size, rural schools are often overlooked by researchers and policy analysts. However, according to a report from the Center for Public Education, approximately one-half of school districts, one-third of schools, and one-fifth of students in the United States are located in rural areas. North Carolina is home to 568,000 rural students, the second largest rural student population in the United States, after Texas. Eighty of North Carolina’s 100 counties are rural. Approximately 40 percent of the state’s public school students reside in rural counties, and 87 of the 115 traditional K-12 public school districts are located in rural counties.

In the recent report Why Rural Matters ,The Rural School and Community Trust found that many rural districts “face nothing less than an emergency”. It listed North Carolina as one of the top-ten highest priority states in rural education, based on educational outcomes, policies, demographics and college readiness. North Carolina was listed as the second most high-priority state. The report further states “Economic conditions are grave in the state’s rural areas, with more than one in five school-aged children living in poverty and per-pupil instructional spending more than $1,000 below the national average. Unlike in most other states, North Carolina’s rural students have much lower achievement than non-rural students.”

The WestEd work plan and key findings, released in 2019, detailed critical needs and inlcluded recommendations for the state in meeting the constitutional mandate to provide all children with a sound, basic education as outlined in the Leandro case.  Legislation to address the growing funding disparity and inequitable distribution of resources should be implemented with these recommendations in mind.