Read our January 2018 Fact Sheet on Educational Savings Accounts and our June 2016 Fact Sheet on Public vs. Private Schools to better understand vouchers.

“The moral imperative to support deep and lasting change in urban communities and reclaim public schools cannot be driven by vouchers, for-profit charters, mayoral control, Teach for America, and other billionaire-funded schemes.” from the PDK poll report.

Also referred to as “opportunity scholarships”, school vouchers are taxpayer-funded dollars that are paid directly to private and religious schools for tuition. During the 2013 Legislative Session, the NC General Assembly enacted an “Opportunity Scholarships Program” as part of the 2013-2015 biennial budget. According to the legislation, families could apply for a voucher worth as much as $4,200 towards private/faith-based school tuition. Public polling data from 2017 reports that 61 percent of Americans prefer a system that funds public schools. When asked if they would support a voucher that covered just half of private or religious school tuition, the number of parents who say they would opt for a public school increases to 72 percent.

Traditional public schools consistently get high marks from parents. According to the recent 2019 PDK report, 76 percent of parents surveyed give their own child’s school an A or B grade, up a slight 6 percentage points from last year.

Vouchers were originally created in response to Brown v. Board of Education. Brown v Board was a 1954 Supreme Court case in which the justices ruled unanimously that racial segregation of children in public schools was unconstitutional. White families who wanted to keep their children in segregated schools were granted vouchers to attend private schools. Today, vouchers are often sold as means for minority and low income children to opt-out of their local, high-poverty, under resourced schools. Voucher programs siphon money from local public schools and exacerbate existing problems with school performance and funding. In many areas of the country, this has resulted in school closures

What is the current status of school vouchers in North Carolina?

This years’ budget allocated more money to vouchers for private schools that are allowed to discriminate on the basis of religion and sexual and gender identity. The cap on voucher payments was removed and voucher payments now will be equal to 90% of the per pupil expenditure ($5,850). Additionally, the income eligibility is expanded to allow families making up to 175% of the amount needed to qualify for the federal lunch program (~$85,794 a year for family of four). This expansion in eligibility goes significantly beyond just low-income families and extends eligibility to include a majority of NC families. Also included in the budget is $500,000 for an unnamed nonprofit to publicize and market the program.  The voucher program has millions in unspent funds as interest has not kept up with funding.

In the 2019-2020 school year, 12,285 students received Opportunity Scholarships. There were 456 private schools with recipients enrolled. The total cost of these scholarships was over $48 million. The largest cohort of Opportunity Scholarship recipients attended a single religious school in Fayetteville, Trinity Christian School, with those 309 students making up more than half of its student population. Trinity Christian School received $1.2 million in disbursements during the 2019-2020 school year. The 2018-2019 Budget Adjustments bill increased funding for the Opportunity Scholarship program from $45 to $55 million. In 2020, the General Assembly expanded the program’s income eligibility requirements and removed limits on the number of vouchers that could be given to students entering kindergarten and first grade. This expansion and removal on award limits are estimated to cost North Carolina approximately $272 million over the next 10 years.

Read more about the damage to traditional public schools from vouchers here. 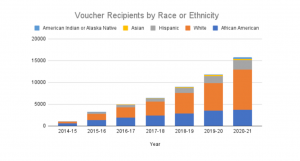 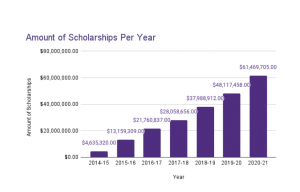 2021 Major Changes to Eligibility and Funding for Vouchers

(Overview of History of School Vouchers in NC below.)

Both SB671 and HB32 were introduced in the 2021 legislative session. They both will substantially expand eligibility for the NC voucher program, funneling millions of taxpayer dollars to increasingly subsidize payments to families with children in private schools. This expansion is estimated to cost taxpayers a minimum of $159 million over the next nine years on top of the already billions of dollars allocated to the current voucher programs without the new proposed changes.

This proposed bill would divert even more money to private schools at a time when cash strapped traditional public schools are struggling to meet the many needs the pandemic has amplified.  Even before the pandemic began, the movement to privatize education in NC has been decimating our traditional public schools and harming our academic at-risk students. Now, COVID-19 has added more risks to these vulnerable students. Opening our schools safely during COVID will require considerable investment to adequately support students as they return to school buildings. This should be our primary goal, not expanding funding to unaccountable, private, religious schools.

SB671 will go even further than HB32. This bill will increase eligibility to 324% of poverty ($85,794 for a family of four).  Further the bills propose increasing the voucher payments from $4,200 a year to as much $6,586 (100% of the per pupil spending in public schools) without the ACCOUNTABILITY that our taxpayers deserve.  This violates all reasonable business practices. Moving our state even further in the wrong direction at a time our public schools are struggling.

HB 32, would, according to detailed analysis by NC Policy Watch, make the following expansions (all require increased funding) to the voucher program (Opportunity Scholarship Program).

SB671 seeks to do much the same on points that matter like family income eligibility and voucher payment amount. Without the millions of dollars these changes would cost, the legislative changes from last year alone to the voucher program expansion are estimated at $272 million over the next 10 years. SB 671 also eliminates the eligibility requirements and supports changes that could increase fraud in how the funds are used.

Currently, the Disabilities Grant program is a traditional voucher covering up to $8,000 per year for students with disabilities, and the Personal Education Savings Accounts program gives parents of qualifying children a debit card with $9,000 to spend on education-related expenses.

Three significant changes proposed by HB32 are the merger of Disabilities Grants and Personal Education Savings Accounts, changing the name to Personal Education Student Account, and expanding the eligibility for the vouchers.  Currently, students must have an Individualized Education Plan (IEP) to qualify for either program. HB32  would also include students with a 504 plan. This would increase the allowable disabilities and even cover these identified students enrolled in college if they are taking less than 12 credits per year. Other details are explained here.

To qualify for an Opportunity Scholarship, a student must

Additionally, they must meet one of the following criteria:

In addition, the student must live in a household with an income level not in excess of 175% of the amount required for the student to qualify for the federal free or reduced-price lunch program.

The NCSEAA relies on applicants to report all income. Only “a percentage” of applicants are “randomly selected to be verified, requiring families to provide documentation for items such as income, school enrollment, and household members.” Meaning, only applicants selected for verification have to submit tax returns as proof of income. 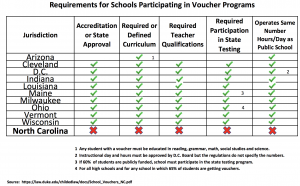 The North Carolina General Assembly created a voucher program called Opportunity Scholarships in 2013. The Opportunity Scholarship program awards up to $4,200 per year for qualifying students to attend participating nonpublic schools. The state issued tax money to private schools for the first time in the 2014-2015 school year. After a lawsuit, the NC Supreme Court upheld the constitutionality of the program in July 2015. In 2016, the NCGA greatly expanded the program as part of the budget passed in the short session. The budget raised the percentage of funding available to K-1st grade students, and it established an Opportunity Scholarship reserve fund to be augmented by $10 million every year until 2027-28 when it will plateau at $144.8 million in annual funding. Future legislatures cannot be compelled to provide this funding, yet it represents a commitment to dramatically expanding this program without reviewing academic outcomes for students or increasing accountability for the taxpayers who fund it.

In 2016, the NCGA greatly expanded the program as part of the budget passed in the short session. The budget raised the percentage of funding available to K-1st grade students, and it established an Opportunity Scholarship reserve fund to be augmented by $10 million every year until 2027-28 when it will plateau at $144.8 million in annual funding. In the 2017-18 school year, 7001 students attended 405 private schools at a cost of $20.3 million.

HB90, passed in February 2018, expands the eligibility criteria for the Personal Education Savings Accounts (PESAs) voucher program, granting eligibility to grade 2-12 students who had not previously been enrolled in a public school. Expanding eligibility will lead to the need to expand the funding for this program and does not “save the state” money with this new eligibility plan. This type of program has been rife with abuse in other states, and will expand privatization of public education.

Vouchers raise questions because they: 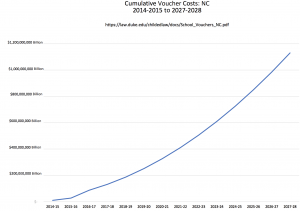 What other states have a voucher program?

PDK Poll, 2018, How would you grade the public schools? https://pdkpoll.org/results/how-would-you-grade-the-schools

Americans United for Separation of Church and State, 2011, Back to Basics: Why School Vouchers Violate Religious Liberty Rights https://www.au.org/church-state/february-2011-church-state/editorial/back-to-basics-why-school-vouchers-violate 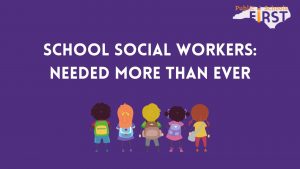 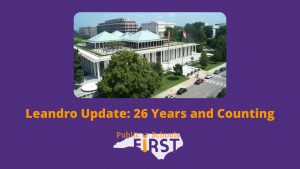 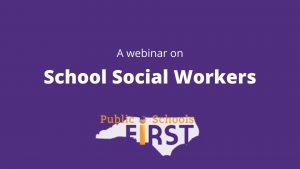