View a printable version of this page.

Currently, there are four committees that have been charged with important work that could have significant impact on our public schools.

This committee started meeting in November 2017. Currently, NC funds schools with a complex formula that includes three basic types of allotments: position allotments, dollar allotments and categorical allotments. Position allotments include funding for teachers, principals and instructional support staff and other school personnel. Dollar allotments can be used to fund positions like teacher assistants and textbooks. Categorical allotments are used for budget items such as transportation and at risk student services. Be sure to review each meeting’s agenda and materials posted for the presentations. You may want to visit their website to see a summary of the funding formula and to review information on the historical context of school funding. The committee is looking at the feasibility of moving to a weighted student funding model that sets a base amount of funding for each student, and then adds “weights” (money) for kids who fall in different categories such as low-income, English language learners and disabled. The task force will consider the implications of moving to a weighted funding system and look at other states that have done the same.

Proponents of the weighted funding method say it allows for more flexibility and transparency. They see the potential for more money to go to “schools of choice” as an incentive. Critics argue that the overhaul might create more problems than it fixes. Weighted student models can miss fixed costs of a school district that are incurred regardless of population size. Few, if any states have been able to implement this model in a way that is completely fair and equitable. The weighted student funding models can have the same inequities and complexities as the current allotments method. Read more about the current education budget.

Many caution against proceeding too quickly with an overhaul. A notable omission in the task force’s undertaking is any discussion of current adequacy of funding. Any changes should proceed slowly to allow a more successful transition and to allow time for staff training and adjustments. Additionally, both groups recommended provisions be included to; “hold harmless” funding levels so districts do not receive less money, a maintenance of position allotments, and an adequate base level of funding.

This 41 member committee was established in February 2018 in part as a response to the school shooting in Parkland, Florida. The committee is a bi-partisan committee charged with reviewing policies concerning safety and security in our public schools and held its first committee meeting on March 21, 2018. Legislative leaders report that the committee will look for short-and-long-term solutions that will foster a safe, secure and just learning environment for students and teachers.

In 2013, there were a series of school safety laws passed (see SB402) including the statewide development of training exercises, anonymous tip lines, crisis kits, and response plans by local education districts and law enforcement agencies. One of the controversial laws was an optional Volunteer School Safety Resource Officer Program and is being considered by at least one school system. A recent suggestion from a legislator is to enact a gun violence restraining order (GVRO) as a way to remove firearms from dangerous citizens. Gun safety advocates are watching this committee closely to ensure that new laws do not increase guns on campus or arm teachers.

At the first meeting, the NC Center for Safer Schools gave an overview of the School Safety Legislation since 2013 and the NC State Bureau of Investigation presented an overview of school threats and violence since 2013. The NC School Psychology Association presented data on the mental health, behavioral, and substance use problems facing our students along with data showing the number of helping professionals currently in our schools. The data clearly show that schools need more social workers, school counselors, school nurses, and school psychologists to provide prevention and early intervention services to promote a trauma-informed/sensitive school environment for our children. Visit the committee website for more information. Stay tuned and watch this committee!

This long-standing committee consists of 22 members; 11 members of the Senate appointed by the President Pro Tempore of Senate and 11 members of the House of Representatives appointed by the Speaker of the House of Representatives, at least three of whom are members of the minority party. The Committee examines various programs and issues in order to make ongoing recommendations to the General Assembly on ways to improve public education from kindergarten through higher education. See the charge of the committee. Briefly, they can study the budgets, programs, and policies of all public education institutions, study other states’ educational initiatives in public schools, community colleges, and public universities, in order to provide an ongoing commentary to the General Assembly on these initiatives and to make recommendations for implementing similar initiatives in North Carolina and study any other educational matters that the Committee considers necessary to fulfill its mandate.

View the current issues under study and reports due to the NCGA from this committee. Recent committee work focused on evaluation of the Innovative School District and other innovation models and concerns over cybersecurity. 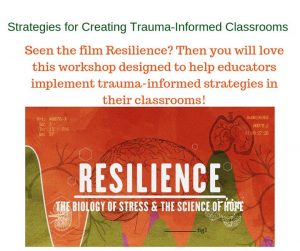